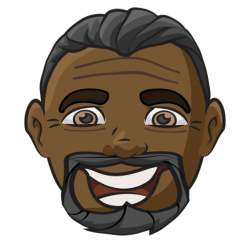 Who is Les Brown ?

Les Brown (Leslie Calvin Brown) is a legendary motivational speaker like no other, he is also an author, radio DJ, television host, and a politician. With his friendly voice and lovable humor. Les is the type of person that makes everybody around him smile and try to better themselves.

Some of my favorite Les Brown quotes

“Other people’s opinion of you does not have to become your reality.” – Les Brown

“You are never too old to set another goal or to dream a new dream.” – Les Brown

Les Brown on YouTube. I dare you to watch this and not get hyped . . .

How did he start ?

Brown was born in 1945 in Liberty City, a low-income section of Miami, Florida. He was adopted by Mamie Brown, a single woman who worked as a cafeteria attendant when he was only 6 weeks old.

In an interview with Rachel L. Jones of the Detroit Free Press, he told her that “Everything I am and everything I have I owe to my mother. Her strength and character are my greatest inspiration, always have been and always will be.”

He struggled in school, finding it impossible to concentrate, and was labeled “educable mentally retarded” in the fifth grade. It was a label he found hard to remove, “They said I was slow so I held to that pace,” he recounted.

However, a dedicated teacher saw greater potential. LeRoy Washington one of the teachers at the school saw potential in Brown and insisted that he lived up to it.

Once he told Washington in class that he couldn’t perform a task because he was educable mentally retarded, and Washington responded, “Do not ever say that again! Someone’s opinion of you does not have to become your reality.” Those words where the start of Les Brown’s journey towards greatness.

Brown started his career as a helper at the local radio station doing everything they told him, with the hope of getting into the studio someday.

Brown got his first chance in the studio when one day a DJ in the studio got dead drunk and had to stop. Brown took over the show with an enthusiastic voice and after that day Brown got promoted to disc jockey and later broadcast manager.

After his DJ career, Brown got into politics as an Ohio State Legislature and passed more legislation than any other freshman representative in Ohio legislative history.

After an encounter with motivational millionaire Zig Ziglar, who was earning $10,000 for one-hour talks, Brown decided to become a full-time motivational speaker and started the journey we all know him for know.

It was back in the mid-1980s when Les really started to read books on public speaking and studied the habits of established speakers.

He started with grade school students, then high school students, and then organizations followed. A couple of years later, in 1989, he received the National Speakers Association’s highest award — The Council of Peers Award of Excellence — becoming the first African American to receive such an honor, and made a name for himself in professional circles as “The Motivator.”

Brown hosted a short-lived talk show, The Les Brown Show, in 1993. This was followed by work at the radio station WRKS in New York. In October 1996, he was hired as a morning host at WBLS, also in New York, a position he left in May 1997 to spend more time on his speaking career and to undergo treatments for prostate cancer.

To this day Brown still does speeches and you most definitely don’t get the feeling of a 75-year-old man.

Les Brown Books I would recommend

Les Brown was married to legendary R&B/soul singer Gladys Knight. Brown has 10 children from multiple relationships, as well as 15 grandchildren.

Les Brown’s net worth is roughly $10 million dollars and that makes him one of the richest motivational speakers in the US. 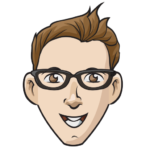