Who is Harris Heller ?

Harris Heller is the rising Youtube star, he mostly does videos about streaming and all the surrounding factors of making great content videoes. He has the Youtube channel “Alpha Gaming” and his Twitch channel “harrisheller”. Harris and his wife Kenzie Nimmo also have another Youtube channel where they produce music and try to break through to the industry.

Some of my favorite Harris Heller quotes

“I am your stream doctor.”
– Harris Heller

Harris Heller on YouTube. Tips on his channel Alpha Gaming.

How did Harris heller start?

Well, Harris got popular with his Vine’s back in 2014, he is actually a really good guitar player so he did covers and filmed it. He also did like a ton of videoes with his wife Kenzie that got popular.

They both have a background in music and studied for it but Harris dropped out to do his own thing on social media.

Harris started to stream his gaming on Twitch and Kenzie did her Youtube, but after a while Harris started the Youtube channel “Alpha gaming” With his friend Samm, and as a pair they do a super job on creating interesting videoes on streaming and gear.

Harris and Samm have a massively popular Discord server named (Alpha Gaming), where young and old come to learn about streaming and everything it takes to make it online. People are soo helpful in there so don’t hesitate to get help from them if you need it.

One of Harris’s newest projects is to provide license-free music to content creators and live streamers around the world. He is creating a big library of music that you can use however you want to.

The genre is in the “chill” category so it will fit perfectly into the background of videoes, where you want to be able to hear what people say.

Right now he is broadcasting and uploading the music to his Youtube channel StreamBeats and you can also find all of his tracks on Spotify: StreamBeats. 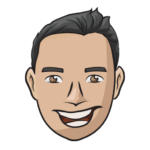